In line with the growth of the PV market, the efficiency of solar power generation is improving rapidly. In addition, related R&D is very active. Among them, we will introduce Professor Carlos Coimbra’s latest research that predicts solar power generation based on cloud cover and Q CELLS’ highly efficient Q.ANTUM cell that reuses reflected light.

Solar energy that reaches the Earth's outer atmosphere is approximately 1,360W/㎡ . However, not all of that energy reaches the earth’s surface. Some is scattered in the earth’s atmosphere or reflected back into space. On average, 1,025W/㎡ and 550W/㎡ reaches the ground on a sunny day and cloudy day, respectively. Solar power generation is heavily impacted by clouds, fine dust and other factors. Clouds are formed from billions of tiny droplets in the size range of 0.02–0.05 mm, and tiny ice particles. This means that clouds of the same size reflect different amounts of solar energy depending on their composition. Therefore, scientists are developing methods to accurately forecast the output of solar generation. If solar photovoltaic power generation can be estimated accurately, we can calculate the amount of electricity to be sourced that needs to be secured from other energy sources, and how much electricity to store. 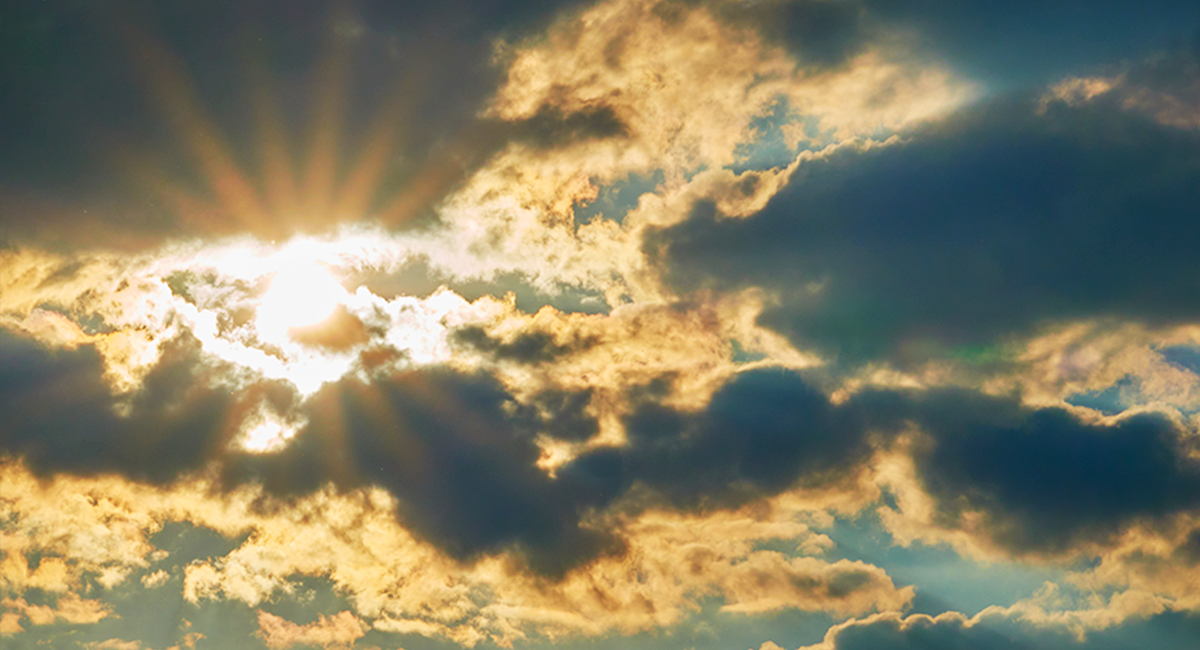 A research team led by Professor Carlos Coimbra at the University of California San Diego recently developed a method using the GOES-R satellite to accurately calculate the amount of solar energy that clouds absorb. The satellite was launched by NASA in 2016 and occupies fixed positions above the Earth's surface. GOES-R is equipped with ABI (Advanced Baseline Imager) that views the Earth in 16 different spectral bands at visible and infrared wavelengths to forecast the weather. Since infrared wavelengths are absorbed easily by water vapor, they help to show the distribution of vapor in the atmosphere. Infrared wavelength data can be obtained even during night time. With this technology, the satellite collects different information about the same atmosphere using 16 wavelengths. 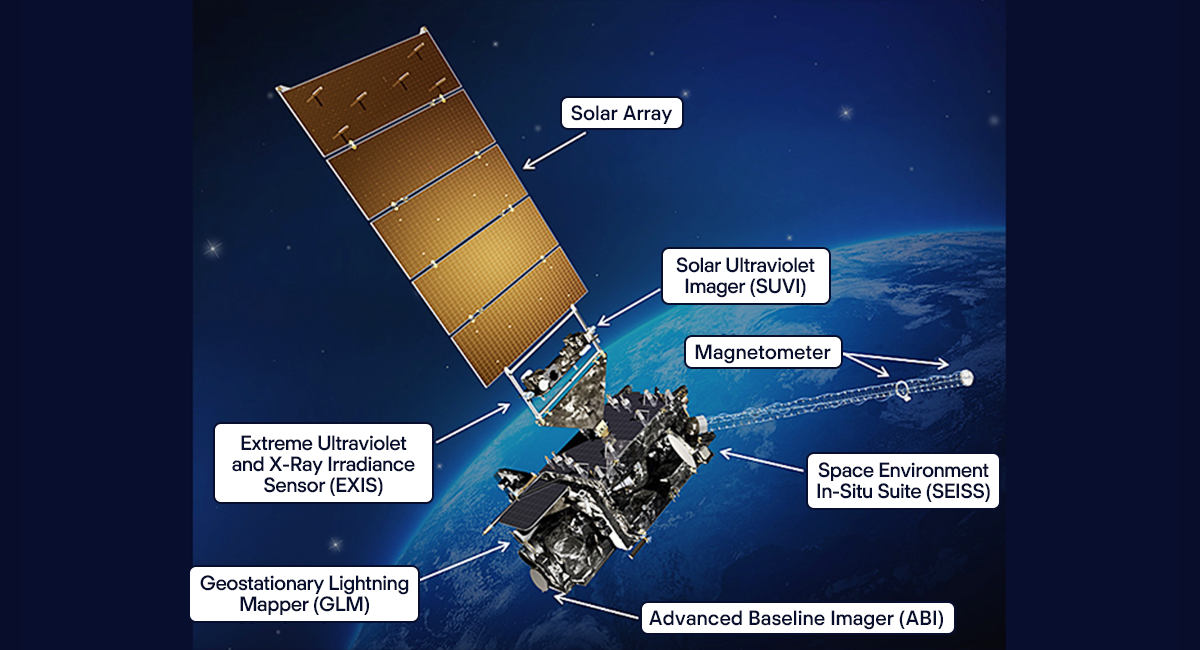 ▲A graphical image of the GOES-R satellite. The ABI (Advanced Baseline Imager) sensor used in the research is seen at the bottom of the image | Source: NASA

Geostationary satellites observe the weather, circling the earth at the same speed as the rotational velocity of the earth at 36,000 km above the earth’s equator. From the earth, the satellite always remains above the same spot, so it is called geostationary. The research team, based on data collected by the GOES-R satellite, calculated the altitude, thickness and optical depth of clouds. Cloud optical depth represents the amount of sunlight decrease after being absorbed or scattered while passing through the cloud. In addition, the team developed a model to estimate power output generated by solar energy on the ground based on the three properties of clouds, and then compared their estimates with measurements taken at seven ground-based PV generation locations. Because the GOES-R satellite photographs the atmosphere at 5-minute intervals, the research team was able to estimate the power generation volume every five minutes. As a result, in four locations, the team estimated output with an error in the range of less than 10W/㎡, and in the other three locations, the differences between the actual output and estimate were 11.2, 17.7 and 20.2W/㎡. Professor Carlos Coimbra explained: “The accuracy of the estimate was quite high, considering the total electricity output at the plants. The accuracy would’ve further increased if we had included PV cell properties and the surrounding environment in the analysis. This was the first study to analyze the optical properties of clouds that affect PV solar generation at this high level of detail. Improving and better utilizing SCOPE would open up an era of forecasting PV generation output.” 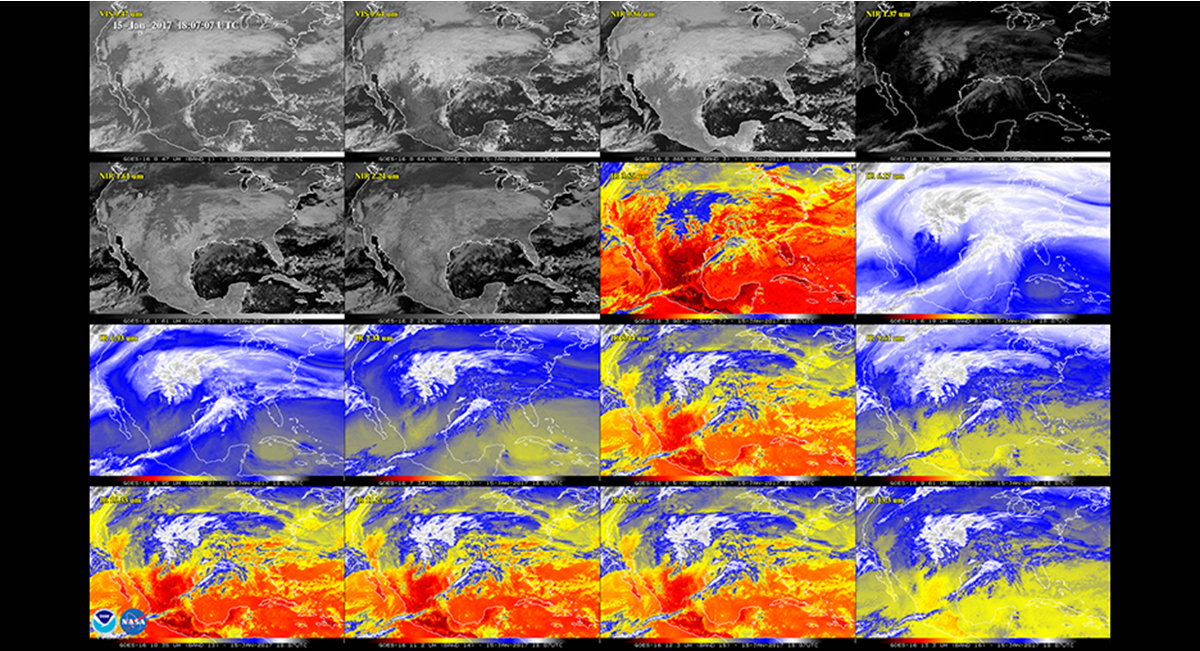 Forecasting the amount of PV power output based on cloud cover can increase the efficiency of power generation. However, since this does not increase the amount of solar energy that reaches the earth’s surface, forecasting alone is not useful in terms of increased output. Therefore, Q CELLS developed Q.ANTUM, which maximizes output by minimizing the loss occurring when solar energy is converted into electricity. Q.ANTUM cells employ PERC (Passive Emitter Rear Contact) technology on the rear surfaces of the cells.

Solar cells produced with PERC technology feature a mirror on the rear surfaces. The cell reflects and then absorbs the energy transmitted into the cell without being converted into electricity to generate extra electricity. Unlike traditional solar cells that do not utilize the energy that is not absorbed the first time, the Q.ANTUM cell uses the reflected energy  to maximize power generation efficiency. In addition, Q CELLS has developed a high-efficiency solar cell that integrates Anti-PID, Anti-LID and Anti-LeTID technologies to overcome factors that cause performance degradation in solar cells. Q CELLS succeeded in producing 1 billion units of Q.ANTUM solar cells  for the first time in the industry in 2017. 1 billion Q.ANTUM cells produce the equivalent amount of electricity that the 6 million citizens of Korean cities Busan and Daegu use in an year.