‘Carbon Certification System’ and ‘Minimum Energy Performance Standards’
That Will Strengthen the Competitiveness of the Photovoltaic Industry
ALL
Q.INSIGHT
Q.LIFE
Q.NEWS

Energy production and consumption around the world has increased rapidly since the beginning of the industrial revolution. Studies on the global economy shows that higher profits leads to higher carbon dioxide emissions. Our lives have become more abundant but the Earth’s average temperature has risen by 0.85℃ over the last 133 years (1880-2012) and damage incurred from abnormal climate impacts has become more serious. Thus, many countries around the world are exerting efforts to reduce carbon emissions and prevent catastrophic global warming. South Korea is also making efforts, enforcing the photovoltaic module carbon certification system and Minimum Energy Performance Standards. 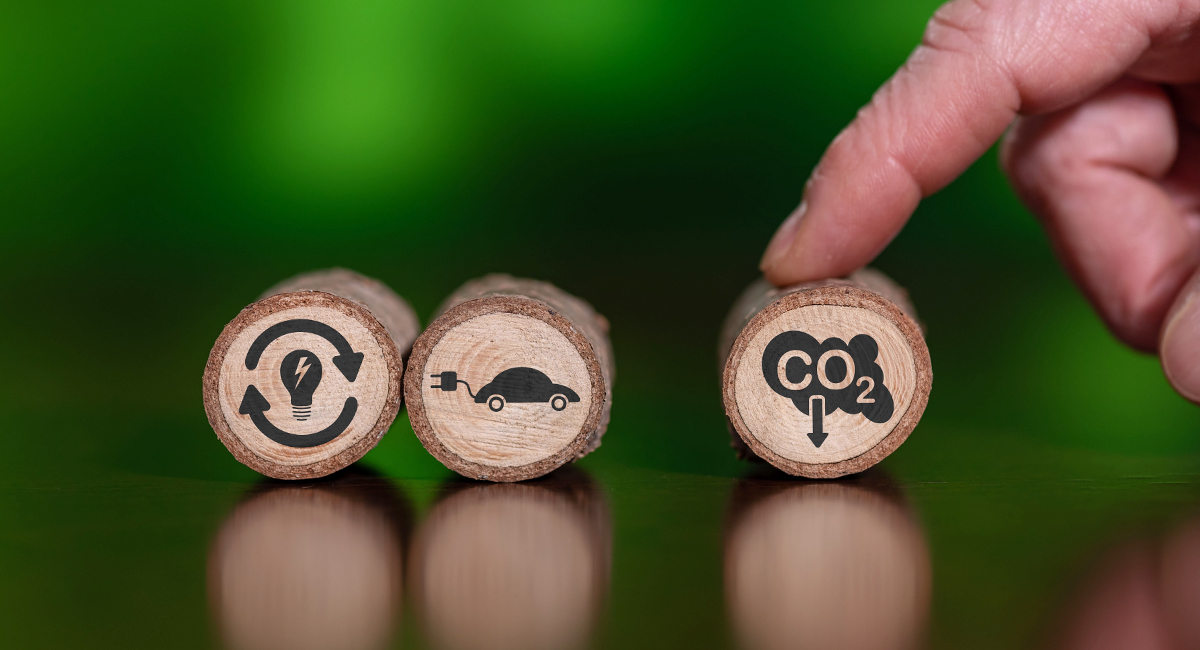 Since July, South Korea has implemented the ‘photovoltaic module carbon certification system’. This system quantifies the total amount of greenhouse gases (CO₂·kg) emitted in the process of photovoltaic module production (polysilicon-ingot･wafer-cell-module). The total amount of greenhouse gases is the combination of carbon emissions generated by solar module production and electricity consumed in the production process. Based on this, incentive is given to products and facilities that achieve a lower level of carbon emissions. Modules are classified into three grades based on carbon emissions: Grade 1 (670kg‧CO₂/kW), Grade 2 (670-830kg‧CO₂/kW) and Grade 3  (830kg‧CO₂/kW). Based on the grade, differentiated incentives are given to tender participants and government suppliers according to the renewable portfolio standard (RFS).
The minimum efficiency standard for photovoltaic modules is set at 17.5%, and products that do not meet the standard cannot obtain KS certification based on the ‘Minimum Energy Performance Standards for Photovoltaic Modules,’ which took effect in January 2020. The efficiency of photovoltaic modules refers to the ratio of solar power generation per unit area. In other words, land can be used efficiently to produce more energy if module efficiency increases. Approximately 4-6% of land area can be saved if a photovoltaic modules with a 1 percentage point higher efficiency are used.

Solar power is now considered to be a major energy source among renewables, including wind, waves and geothermal heat. It has, however, been criticized at times for not being sufficiently eco-friendly, because the production process to manufacture solar modules requires chemical fuel, such as coal or oil, and sometimes the clearing of vast tracts of land to create installation sites. As a means to counter these claims and ‘green’ the production process, the photovoltaic module carbon certification system and the Minimum Energy Performance Standards were proposed. The carbon certification system for photovoltaic power was designed based on the Carbon Footprint Product (CFP) system of France. CFP includes all subsidiary materials, including polysilicon, ingot, wafer, solar cell and modules, in the calculation.
France uses the CFP for public photovoltaic projects. According to the “EU environment footprint and the French photovoltaic panel carbon certification system,” presented by the International Center for Environmental Regulatory Enterprise Resources, France proposes a minimum standard of 750kg‧CO₂/kW for the carbon footprint of a photovoltaic generation system as a tender requirement for the construction and operation of photovoltaic power plants in the public sector. If the CFP criteria is not met, companies cannot participate in the public procurement bidding as the CFP is considered from the production phase. In the evaluation, 70 points are allotted for price, 21 points for CFP rating, 9 points for environmental impact, etc. in biddings for public photovoltaic facilities of more than 100kW. The bidding requirements are specified in a clause on evaluation results for carbon emissions. Along with France, the EU has organized a similar system for Europe, the Product/Organization Environment Footprint, which is planned to be submitted to the EU board for approval by the end of 2020.

The introduction of the carbon certification system for photovoltaic modules is expected to actually reduce greenhouse gas emissions while achieving true energy transformation. Moreover, the development of low-carbon photovoltaic module technology at South Korean companies will become more active. What’s more, they will be able to achieve a dominant position in price competition against imported photovoltaic products that are being sold at lower prices in the global photovoltaic market. Those products may be cheap but they use polluting coal-generated electrical power in their production. With the introduction of the carbon certification system, production cost can be reduced by developing a process system that minimizes the input of energy (electricity, fuel, etc.) in the module manufacturing process. By doing so, high-power, high-efficiency development can be induced as an advantage in carbon emissions, while enhancing the position of the domestic industry by increasing the technological competitiveness of domestic photovoltaic modules.
In the end, what will ultimately decide the winner in the photovoltaic market is not price competitiveness, but technology. South Korea has set a new minimum efficiency standard and introduced the Minimum Energy Performance Standards through which only modules with acceptable efficiency can be used. This system has drawn attention to securing technology in the South Korean photovoltaic market where price competitiveness had been the most important factor. As a result, it has established a baseline for changing the photovoltaic market from a price-centered to one to one that is technology-centered.

In 2014, Q CELLS received a carbon footprint certification (CFP) in France, which demonstrates tha the company is exerting efforts not only to prodcue eco-friendly prodcuts, but also to prevent pollution in its production process. For Q CELLS, which has taken steps to reduce environmental pollution, the introduction of the carbon certification system in Korea offers another great opportunity to strengthen competitiveness.
In addition, in response to the enforcement of Minimum Energy Performance Standards, Q CELLS is developing unique and highly efficient PV modules. In May 2020, it launched the Q.PEAK DUO-G9, a PV module product that achieved a significant improvement in output with Q.ANTUM DUO Z technology. Q.ANTUM DUO Z technology integrates ‘Q.ANTUM DUO’ technology and the ‘zero-gap’ feature to close the space between cells and deploy more cells in the same area, which increases power density and output. Q CELLS will continue to reinforce competitiveness by developing products that comply with the Carbon Certification System and the Minimum Energy Performance Standards to achieve both ‘eco-friendliness’ and ‘high-efficiency.’